The Queenophone label was established in the Gold Coast by the Lebanese businessman H. Teymani. A comparison of matrix numbers and an approximation of the dates of recordings indicate H. Teymani stated out with His Master’s Voice’s TM series in 1950 and around 1954 established his own labels Queensway and Queenophone, both distributed by the Queensway general stores. H. Teymani was a patron of E.K. Nyame’s Band, he provided the musical instruments and his various labels became the main outlet for the band.
Queensway and Queenophone have identical “QP” matrix numbers and might be considered one and the same series. Whereas the catalogue numbers on the Queensway 78 rpm shellac discs have no prefix letters (only numerals), the Queenophone shellacs have a “QP” prefix. The highest number identified in the Queenophone “QP” series is 370. When collaboration was initiated with Philips West African Records for recording and possibly manufacture a new “HH” series was introduced. Some releases in the “HH 1000” series seems to be re-releases, whereas new shellac releases came in a “HH/PH” series, only to be substituted by 45 rpm vinyl singles with a “HH/PF” prefix but retaining the overall numerical order of the “HH” series. 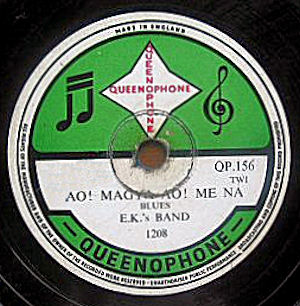 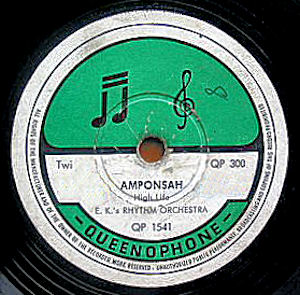 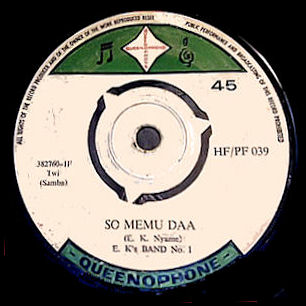 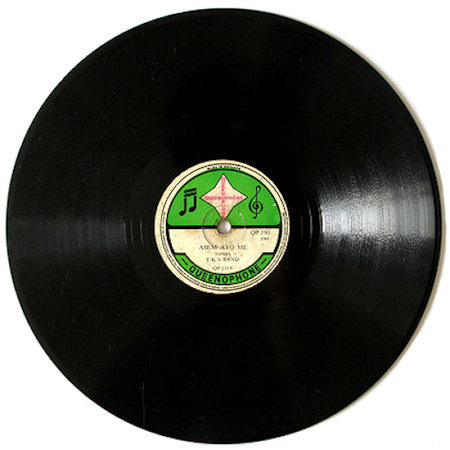 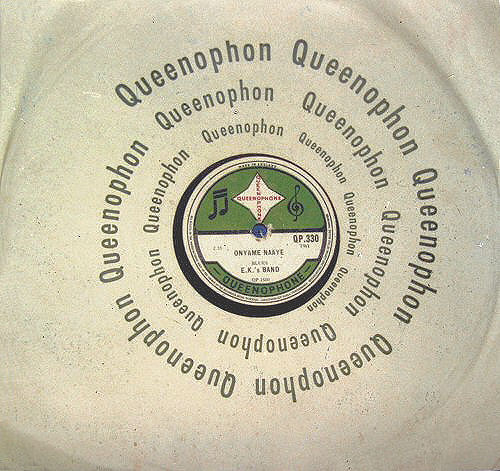