Mzuri was one of the major independent labels on the East African record marked from 1955 to ca. 1976. It was owned by Assanand & Sons Ltd., a record and electronics store in Mombasa with branches in Nairobi, Kampala and Dar es Salaam. The Mzuri label was above all known for its releases of taarab music. The “radio singers” Yaseen & Mimi, later Yaseen & Party, are featured prominently among the early taarab releases. Other artists included Juma Bhalo & Party, Matato Juma & Party, Zein Musical Party and Maulidi Juma. The label achieved its greatest commercial success with the taarab groups Black Star Musical Club from Tanga and the later breakaway band Lucky Star Musical Club with its female singing stars Shakila and Sharmila.

Mzuri’s producer M. J. Shah had recorded previously for the EMI label Columbia in 1939 and in the early 1950s. Mzuri’s success is the more remarkable as M. J. Shah from his start with Mzuri until the mid-1970s made his recordings on a Ferrograph tape recorder using only one microphone. In order to achieve a “balanced” recording of the lead-singer and the instruments he prepared the rooms for recording with a special set-up of the musicians that not necessarily reflected how they were positioned when performing live.

Series
The Mzuri label’s first releases on 78 rpm shellac discs in the AM series came in 1955 and ended with AM 571 in 1962. It was followed by the HL series ending in 1973 with HL 261. The HL series was released on 78 rpm shellac as well as 45 rpm vinyl discs. Mzuri newsletters indicate that at least the first 40 releases in the series were made available in both formats. The HL series also included several 45 rpm vinyl EPs. It should be noticed that the HL series was co-released on the Philips label on 45 rpm vinyl singles. It appears as if the latter part of the HL series was released by Philips only with “An Assanand & Sons (Msa) Ltd. Mzuri Recording” printed on the labels. From 1973 to ca. 1976 the Mzuri label re-emerged with the ASM series and some 75 releases on 45 rpm vinyl singles. See Ken-Tanza Vinyl for details LINK.

Besides the principal AM and HL series the Mzuri label also had two short lived 78 rpm shellac series. The AN series with four releases, two with the African Island Church and two with soundtracks from the film Mlevi, and the T series with some 50 releases. The T series had label information in French and seems primarily to have been aimed at the Congolese market. The Mzuri label also had one 33 rpm vinyl compilation album released with Lucky Star Musical Club ‘Best of Tanzania Taarb’ (Mzuri MZLP 001).
The AM shellac series was initially manufactured in W. Germany and after 1956 on the Opel Gramophone Factory in Kampala. Matrix numbers in the latter part of the AM series indicate they were manufactured by Gallo in South Africa. The vinyl releases all appear to have been made by the E. A. Records pressing plant in Nairobi. 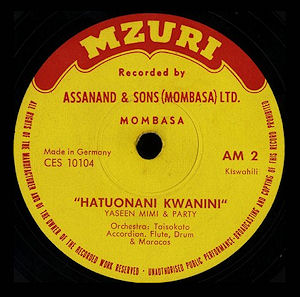 Mzuri AM 2
Made in Germany 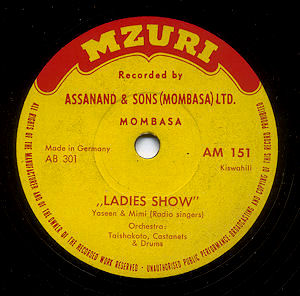 Mzuri AM 151
Made in Germany 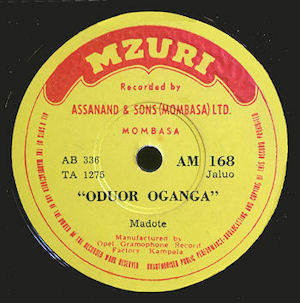 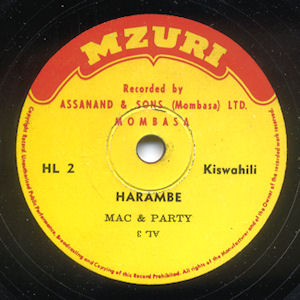 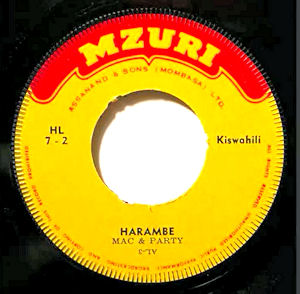 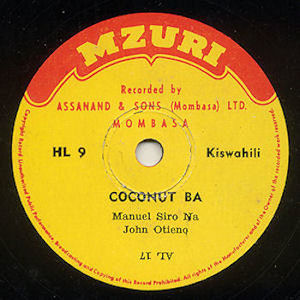 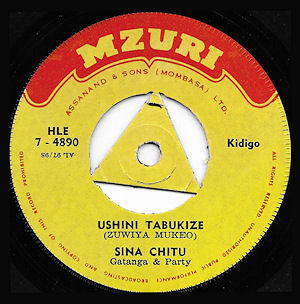 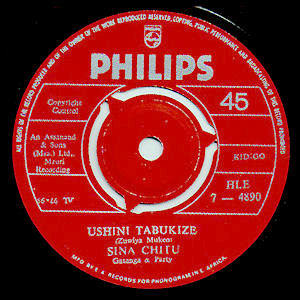 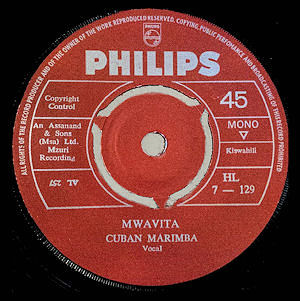 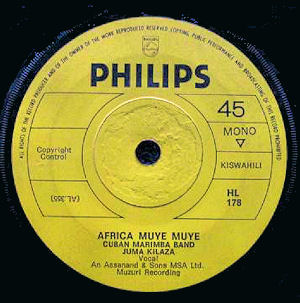 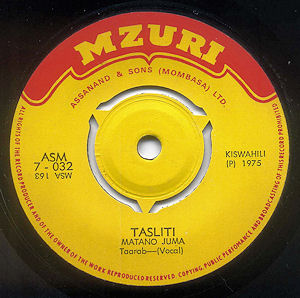 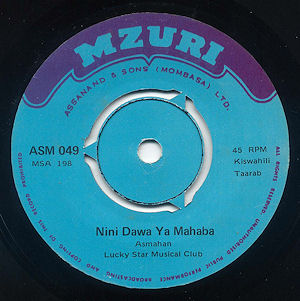 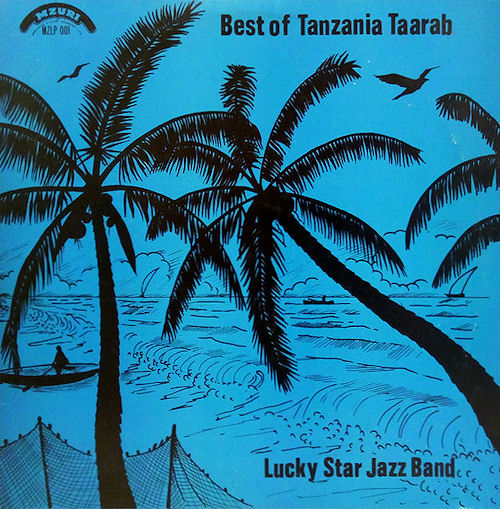 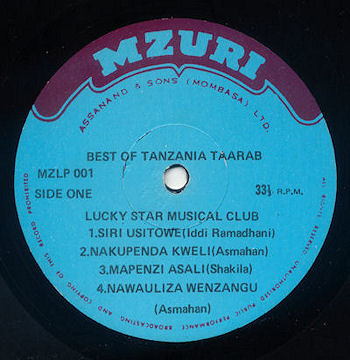