Ngoma was the leading Congolese record label throughout the 1950s with a catalogue of more than 2,274 78 rpm shellac discs. The label was founded in Léopoldville (today Kinshasa) in 1948 by the Greek businessman Nico Jéronimidis assisted by his brother in law Nikis Cavvadias and his younger brother Alexandros Jéronimidis who took care of the commercial side. After the early death of Nico Jéronimidis in 1951 Nikis Cavvadias took over as A & R man, recording engineer and musical adviser.

The early recordings were made on acetate discs which were send to Belgium for manufacture. Eventually they switched to reel to reel tapes and established a proper recording studio in Léopoldville. In order to expand business and avoid import tax in France’s African colonies the manufacture of discs was transferred from Belgium to France when they acquired a pressing plant in Paris. Wholesale distribution deals were made in the late 1940s with the local trading firms Nogueira in Léopoldville (Kinshasa), Jeromidis in Stanleyville (Kisangani), Benjamin Israel in Costermanville (Bukavu) and Abner Soriano in Katanga to cover the whole of the Belgian Congo. Similar deals were made with Videira Nogueira in Brazzaville for l’AEF (French equatorial Africa), C.N. Rossides in Douala and  Polydore & Cie in Yaoundé for Cameroon, Badejo Stores in Lagos for Nigeria and East African Music Stores Ltd. in Nairobi for Kenya, Uganda, Tanganyika and Zanzibar. Besides discs and needles for wind-up gramophones another business was sale of Vidor batteries and the battery powered Bush BE80 radio.

The Ngoma catalogue featured many of the most popular artists of what today is widely referred to as the first generation of musicians, like Wendo Kolosoy, Henri Bowane, De Saio, Camille Mokoko, Manuel d’Oliveira, Léon Bukasa, Groupe San Salvador, Adou Elenga, Paul Mwanga and Camille Feruzi. Early Ngoma recordings typically featured the vocal and the acoustic guitar of a solo artists like Wendo Kolosoy on his early recordings. Eventually additional vocals, acoustic guitars, bass, clips, wind instruments and from 1952 an electric guitar was added to the recordings. The employment of additional musicians lead to the formation of permanent studio based orchestras like Groupe Rythmique Ngoma and Beguen Band. 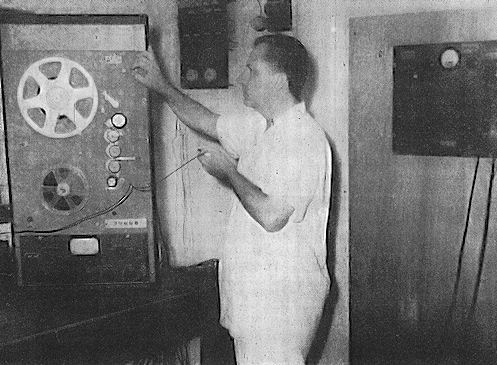 The deteriorating political and economic crisis in Congo in the early 1960s forced Nikis Cavvadias to suspend operations, close the studio and leave for France. Together with Alexandros Jéronimidis who had left Congo in 1959 he continued the Ngoma label with various new series released on 45 rpm and 33 rpm vinyl discs which – by the early 1960s – had become the principal format for new releases. In addition to the releases on the Ngoma label, the running of the pressing plant in Paris, Ngoma also established a distribution company, CEDDI, in the late 1960s, which also handled a number of other labels including releases on the Stenco label and the Guinean Syliphone label.

Initially Ngoma had relied on its own Léopoldville studio recordings, but the label soon ran short of new material of its own and instead change its business strategy to re-releases for the international market of discs previously released in Congo. The catalogue numbers of the “Série des grands succès” was continued on 12 45 rpm singles with a “J” prefix and renamed “Série Luxe” (J 1055 to J 1061). From 1062 to 1066 the prefix was changed again to DNJ. The “Série Luxe” was continued in the Ngoma J 5100 series for 45 rpm singles (45 tours). After J 5163 the prefix was changed once again to DNJ (DNJ 5164 to DNJ 5354).

The end of Ngoma
Ngoma eventually ceased its operations in France in 1971. Some of the Congolese singles licensed by Ngoma were re-released again on Fonior / Decca France’s African label in the 90.000 series. A couple of the Ngoma LP albums were re-released by SonoDisc in the 1970s in the Sonafric SAF 50.000 series.

Compilation CDs
Very few of Ngoma’s original shellac and vinyl releases have been re-released at a later date. Günter Gretz’s Pan African Music label sought to correct this with the assistance of Wolfgang Bender in the 1990s when they released two compilation CDs Ngoma – The Early Years, 1948-1960 (PAMAP 101) P1996 and Ngoma – Souvenir ya l’indépendence (PAMAP 102) P1997.

Another 23 track released on 78 rpm shellec discs by the Ngoma label were compiled by the Japanese collector Yoshiki Fukasawa and included on the double CD Early Congo Music 1946-1962. First rumba, to the real rumba (El Sur Records 009 – A & B) P2019. 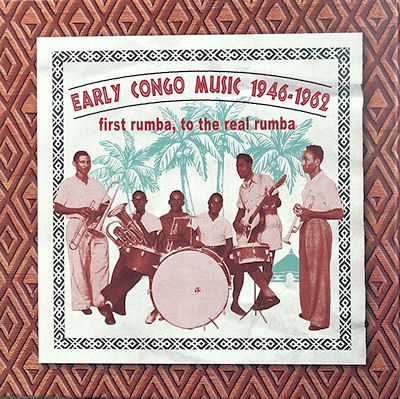