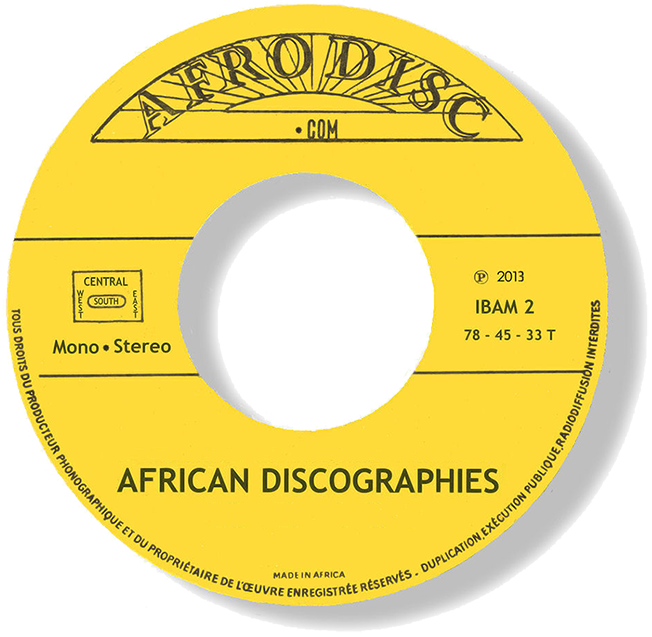 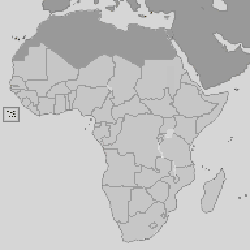 About this site
This site presents discographies of African popular music released on shellac, vinyl and CD discs as a tribute to the creativity and the diversity of its performers. Other sites on the internet have a similar objective.

But rather than duplicating the research already presented on other sites, “Internet resources'” in the menu links to the major sites with discographical information.

Not for sale
Please note that these recreated catalogues are for documentation and research purposes only.
The discs are not for sale and the music is not awailable for download from this site.

22 January 2020
135 discs added to the Congolese Opika label including many West African artists (Senegal, Mali, Cote d’Ivoire , Ghana, Bénin and Nigeria).
Queenophone and EMI’s West African series on His Master’s Voice, Parlophone and Odeon have been updated including additional information on language, style of music and matrix numbers.
Internet resources
On 1st April 2019 Kin Nostalgie disappeared from the internet. The site featured discographies of many of the new generation of Congolese bands from the 1970s into the 2000s. However, copies of the discographies can still be accessed from afrodisc.com as PDF files. Links to another 3 discographical sites have been added:
Ndiakhass with 975+ cassettes and 220+ Senegalese albums.
AfricOriginal with discographies of 20+ bands and artists with links to YouTube.
Makossa Original with discographies of 70+ Cameroonian artists and bands.

2 November 2019
115 discs added to the Congolese Ngoma label’s 78 rpm shellac series.
Update of the Parlophone UTC series. Recent research has revealed the first two subseries UTC 1-94 (released in 1936) and UTC 1001-1033 (released in 1939) both were based on recordings made in the early 1930s by the German Carl Lindström Company for its Parlophon and Odeon labels.

5 September 2019
35 shellac 78 rpm discs with artists from Bénin released  in 1954 by the Congolese Opika label in the 1500 series added to the Central Africa section.

8 May 2019
203 vinyl 45 rpm discs with Nigerian and Ghanaian artists released by Philips in the 382 000 PF series added to the West Africa section.

5 December 2018
253 78 rpm shellac discs with Ghanaian artists added to the EMI labels in the West Africa section. Released by His Master’s Voice in the JLK, JUP, TM and AKB series, and by Parlophone in the DKN series and Odeon in the PLK series.

19 January 2018
Ngoma on vinyl in the Central Africa section has been updated with 61 new singles and 9 EPs, recording-dates, matrix numbers and cross-references to original shellac releases.

30 July 2017
53 albums released by Badmos in the BB/BLP and BIR series and on the Adios and Discophone labels, plus 41 singles added to the Abidjan labels in the West Africa section.

23 May 2017
123 singles and 7 albums released by the London based Melodisc label added to the West Africa section.

17 March 2017
Sono-Musisoft’s export catalogue 1999 added to the SonoDisc catalogues and newsletters in the Africa general section.

30 September 2015
New pages does not show in preview when saved or disapperes! Magix’s online support reply the software platform “Website Maker no longer has development support”!

29 September 2015
329 albums released by labels in Abidjan, Côte d’Ivoïre added to the West Africa section, including background information and a label gallery.

22 June 2015
The first commercial recordings made in Nigeria in 1929 by the German Odeon label added to the West Africa section.

8 June 2015
Catalogues and newsletters 1979-1990 from SonoDisc the French distribution company and label added to the Africa – general section.

23 March 2015
200 discs released by His Master’s Voice in the G.U. series added to the Southern Africa section plus a history of the G.U. series and a photo gallery of G.U. recording artists.

9 March 2015
148 discs released by Zonophone in the 4000 to 4300 series for the South African market added to the Southern Africa section plus a photo gallery of Zonophone recording artists.

16 February 2015
85 discs in Yoruba, Ibo, Fanti, Ewe and Ga recorded by Zonophone 1925-1930 and released in the general overseas 3000 series and the E.Z. 1000 series added to the West Africa section together with a photo gallery of Zonophone recording artists.

8 December 2014
224 discs with African artists released by Pathé-Maconi EMI (France) in the 1960s on the La voix de son maître, Pathé, Columbia, Odeon and Ducretet-Thomson labels added to the Central Africa section.
The 115 tracks released on the Pathé label with O.K. Jazz have also been added to the artists’ section together with 24 tracks released by Ngoma (France) as several appears to be original releases. Added to the O.K. Jazz discography are also 33 tracks originally released on the Congolese Viclong, Zebi and Nguashi N’timbo labels.

12 November 2014
The 1928 session with The Kumasi Trio recorded in London for the Zonophone label added to the West Africa section.

12 October 2014
To commemorate the death of Franco Luambo Makiadi 25 years ago on 12th October 1989, the discography of O.K. Jazz (Artists’ section) has been augmented and updated with 278 titles. The update includes original releases on the Boma Bango, Epanza Makita, Editions Populaires (1976-1980), Tcheza and Likembe labels, in addition to releases on the Pathé and Ngoma labels in France which cannot be associated with a prior original release on a Congolese label.

29 August 2014
His Master’s Voice’s MPG series with Congolese recordings from 1954-1955 added to the Central Africa section.

12 August 2014
231 discs added to the EMI series in the West Africa section with Ghanaian and Nigerian artists recorded in the 1930s and 1950s and released in the UTC series on the Parlophone label.

26 July 2014
418 discs added to the East Africa section released in the WE and EO series on the Columbia label.

31 May 2014
A discography of Sam Mangwana with selected singles, original albums and an outline of his recording career.

12 April 2014
A discography of the ‘The KIng of Highlife’ E.T. Mensah and his Tempos Band with links to 1981 interview (audio) and portrait.

23 February 2014
Upload of His Master’s Voice’ LON series with re-releases from the Congolese Loningisa label.

20 October 2013
The African / Fiesta label 360.001-360.168 for 33 rpm albums – the continuation of the Surboum Africaine series 1966-1987 – the sixth and final in a series of uploads of Fonior / Decca France’s vinyl releases on the African and Fiesta labels. Including SonoDisc’s additions to the series.

31 August 2013
Upload of Fonior / Decca France and the history of the Surboum Africane series plus the initial releases on the Decca label 1961-1965.

24 August 2013
Upload of the first series with Franco & O.K. Jazz from the early 1960s with original Congolese releases on 45 rpm vinyl discs on the Surboum African Jazz and the CEFA labels.

14 June 2013
Upload of 101 Ghanaian albums in Essiebons’ EBL/EBLS series on the Dix label.

Discographical note
Information for the recreated catalogues on this site has been generated from discs, sales-lists, private collections and various internet resources.

Whenever the label and / or the cover of the original disc have been consulted this is indicated by the matrix number in [square brackets]. The name of lyricists, composers, language and style of music are indicated by (round brackets). Additional information not printed on the label or the cover is given in {curly brackets}.

WANT TO HELP?
If you have a disc listed here please e-mail me with additional catalogue details or corrections (especially matrix numbers and names of composers). Preferably a photo of the labels and the cover. Thanks!
All contributions will be acknowledged.

mail@123afrodisc.com – NB. remove all numerals from the email address.