Following the example of Ngoma, Opika was the second record label to be set up by Greek businessmen in the Belgian Congo. When the brothers Gabriel and Moussa Benatar started their record company in 1949 they already ran a successful company SOLBENA for the manufacture of shirts with shops in Léopoldville and across the Belgian Congo. The record company’s first releases came on the Kina label not realising the name had been registered by the Ngoma label. A court ruling in Ngoma’s favour made them change the name in 1950 to Opika. Its commercial as well as artistic success came when Moussa Benatar signed a typist working for SOLBENA who also happened to be an accomplished guitarist. Elenga Zacharie better known as Jhimmy “the Hawaiian guitarist” had taken the name after an American guitarist and became Opika’s first recording star in the early 1950s. Jhimmy introduced an Angolan friend Paul Mwanga to the studio as a singer for his recordings. Among the other guitarists signed by Moussa Benatar were François Boyimbo called Gobi, Albert Taumani, Charles Mwamba called Dechaud and Albert Yamba Yamba called Kabondo. The guitarist George Doula introduced the tenor singer Joseph Kabasele who soon became not only the musicians’ favorite interpreter of their songs but also a favorite with the public. Charles Mwamba initially introduced his only 12 year old younger brother Nicolas Kasanda as a singer. Later he went on to become one of Congo’s most famous guitarists and bandleaders under the name of Dr. Nico. Yet another guitarist who started recording for Opika was Emmanuel Tshilumba known as Tino Baroza, a cousin of Charles Mwamba and Nicolas Kasanda. Joseph Kabeasele introduced the South Rhodesian (Zimbabwean) saxophonist Isaac Musekiwa who later went on to have a lifelong career with O.K. Jazz.

Initially no established live bands
As indicated by the label information on the discs the artists recorded in various configurations. Given the number of artists they typically played in the following constellations:
1. Jhimmy and Mwanga Paul
2. The guitarist Albert Taumani as leader of the group OPERA
3. The guitarists Gobi and Atos
4. Nelson Simon and his group San Salvador 2ème équipe *)
5. Rancho Sebastien and Alvaro Rodriguez and their group San Salvador 3ème équipe *)
6. The group DEPE was accompanied by Charles Mwamba and with Nicolas as singer
7. René Kasebe and his group of Swahili singers accompanied by Kabondo
8. Combinaison VOX with Jhimmy, George Doula, Kabondo with the tenor singer Joseph Kabaselle.
*) The first San Salvador group was the one recording for Ngoma, including band members Georges Edouard, Manuel Oliveira and Henri Freitas.

By 1953-1955 a regular live band evolved from the ranks of Opika recording artists. Named from a song entitled African Jazz the group was led by Joseph Kabasele and included Nicolas Kasanda on solo guitar and  Charles Mwamba “Dechaud” on rhythm guitar. Opika became a starting point in the career of Joseph Kabasele alias Kallé Jeef or Grand Kallé, who is regarded as a founding father of modern Congolese music and African Jazz as the first modern Congolese rumba orchestra.

International distribution
In order to expand its marked potential Opika enter into a number of exclusive deals with trading companies for whole sale distribution across Africa. Silvades with branches in Brazzaville and Pointe Noire handled distribution in l’AEF (L’Afrique équatoriale française) present day Congo Brazzaville, Gabon, Centrafrique and Tchad, S. A. Madubo in Douala covered Cameroun, John Holt Ltd. the Gold Coast, Togo, Dahomey (today Bénin) and Nigeria, and Maison du Disques (Madame Dubois) in Abidjan and later C.I.C.A. Côte d’Ivoire and Upper Volta. Other distributors in Conakry, Dakar and Bamako covered the rest of francophone West Africa. The exclusive distribution deals also included agreements to record local artists from Cameroun and from the French as well as English colonies in West Africa that resulted in several hundred releases with artists other than Congolese.

In 1956 Moussa Benatar signed a group of Latin-American musicians to re-record some of Opika’s most successful releases. This business strategy according to one Congolese observer, however, was a miscalculation to such a degree that it eventually led to the label going bankrupt the following year. 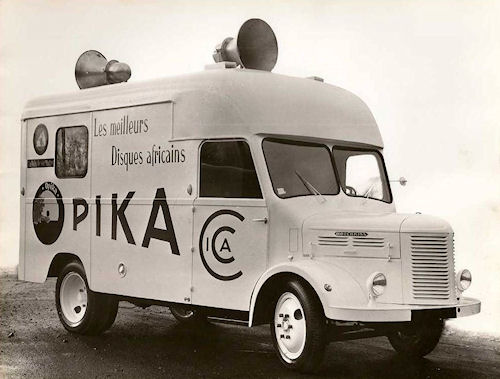 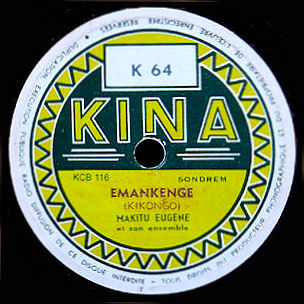 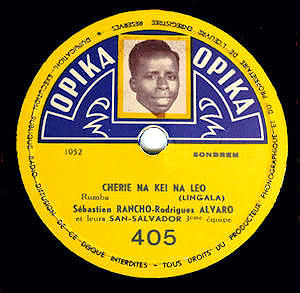 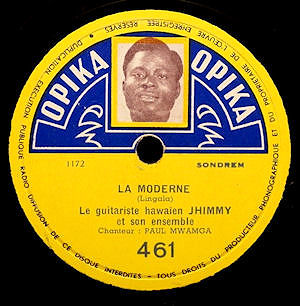 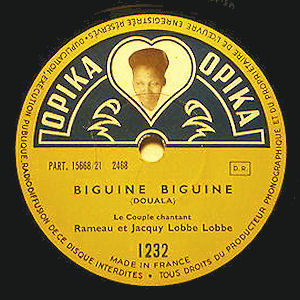 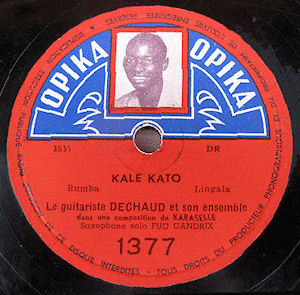 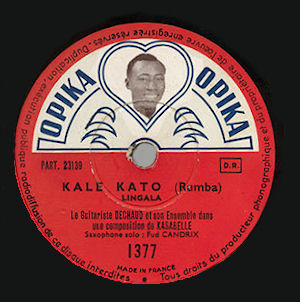 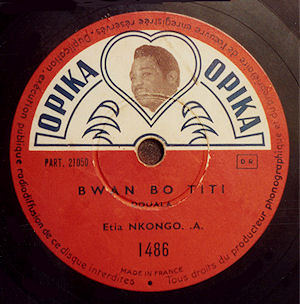 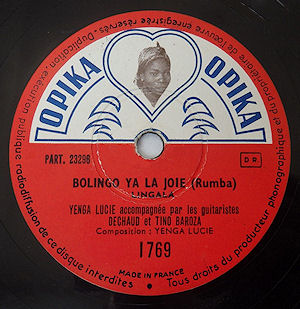 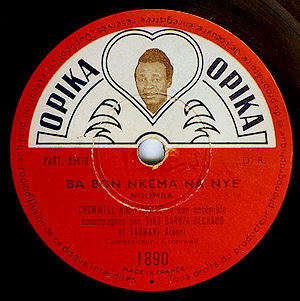 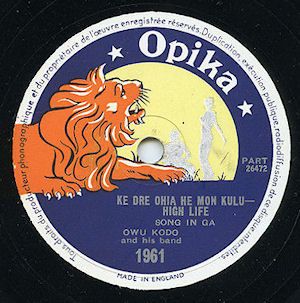 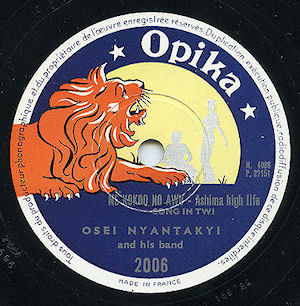 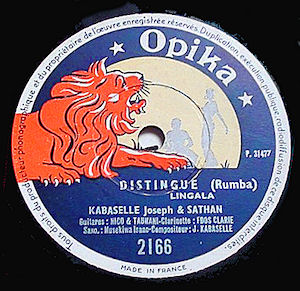